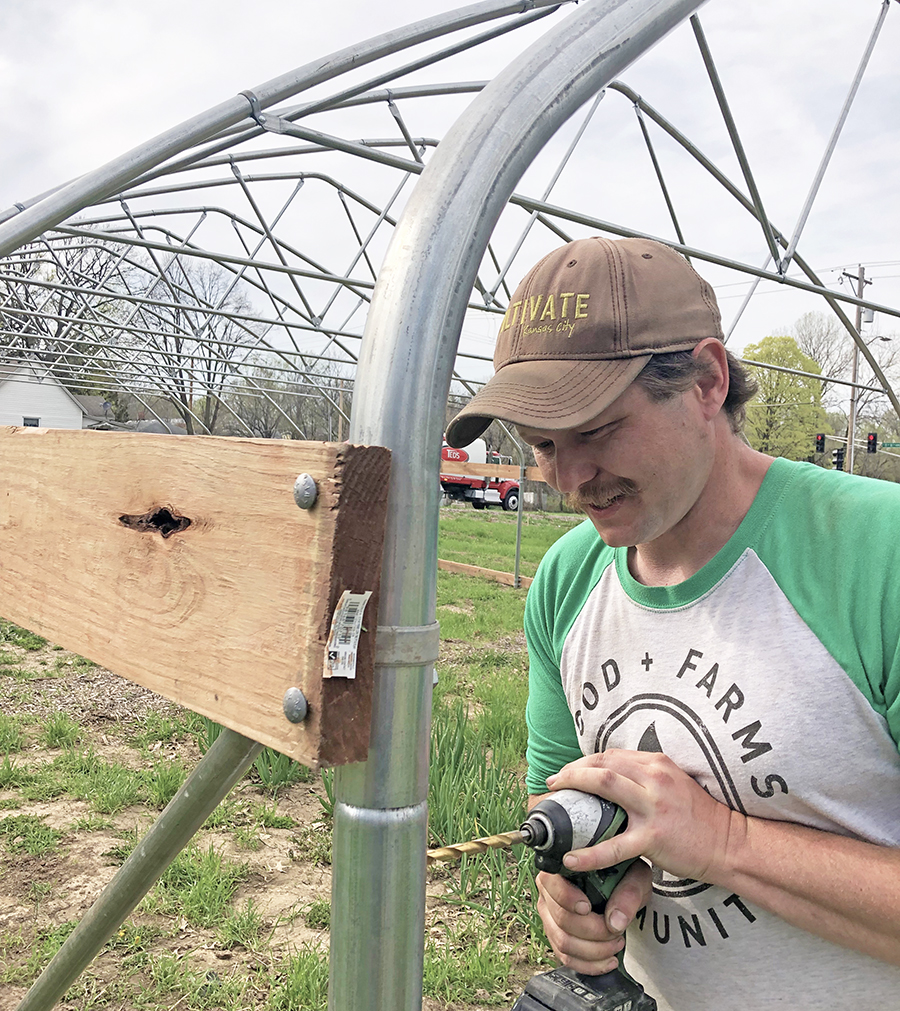 High tunnels are an important tool for any farmer because they can help diversity their productions systems. Land under high tunnels is often a farm’s most profitable per square foot, a particularly important measurement for small urban farms.

So when Bryon Postlethwait purchased his small acreage in Independence, he knew a high tunnel would be key to maximizing his growing potential. Located down the street from the Independence Uptown Market, Bryon’s lot is at a bustling corner of 15th St. and S. Sterling Ave.

When he bought the land, Bryon was excited to grow food. He and his wife had farming and food-growing in their families. After leaving the military, he knew he wanted to farm. He had been growing and selling corn, but wanted to diversify his crops.

He applied for and received an NRCS grant for a high tunnel and began construction in the summer of 2018, but was halted by the city because he didn’t have a permit. Hoping to have it up by fall, Bryon had to then had to dedicate time to studying city codes and zoning laws.

“I was mad,” he said. “I was down there at City Hall and they were telling me this and that. I got home and thought, ‘this isn’t going to work if I’m down there and running my mouth.”

That’s when he reached out to Cultivate KC. He sent a Facebook message to Katherine Kelly, Cultivate KC’s executive director, co-founder and fellow farmer.

“I knew Cultivate supports local farms, so I said this is my situation, can you help?” he said. “I was very thankful because I had no idea where to go or who to talk to.”

Metro Farms manager Mark Gawron began working with Bryon in November to meet the city’s requests for a special-use permit (to farm and build a structure on a vacant lot). Mark also helped organize, review and edit his applications as well as attended Board of Adjustments meetings to advocate for Bryon.

For the building permit, Mark worked almost like an ambassador between Bryon and the building inspections manager, finding the engineer of the original plans (that came with the state-approved tunnel kit) to stamp the plans and act as a third-party inspector to approve Bryon’s ground post installation.

The entire process since Cultivate KC got involved has taken more than three months, but Bryon is free and clear to build his high tunnel and start farming.

“Making it through this process in our conversations with the engineer and the permit department will only help the process for the next farmer or if Bryon tries to build another,” Mark said. “It was very good to hear how supportive the Board of Adjustments was of the project as well.”

While he was planning on planting in the high tunnel by this time and not just erecting it, he feels victorious. But, he says, the community is the real winner here.

“The community wins because they get local food,” he says. “I enjoy being out here so I feel like I’m doing something better for the neighborhood. And when other people like those at Cultivate KC, they support me and help me support my neighborhood, it gives me a stronger sense of community.”

By helping him Cultivate KC also showed Bryon the organization’s investment not just in him as a farmer, but in urban farming as a whole.

“This is the future of agriculture,” Bryon said. “And a lot of people don’t want to accept that fact, but organizations like Cultivate KC, they see the vision.” 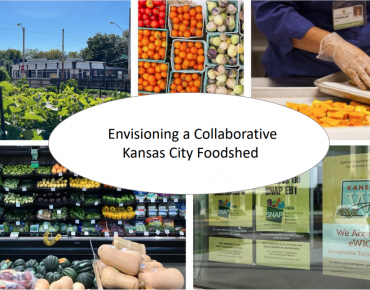 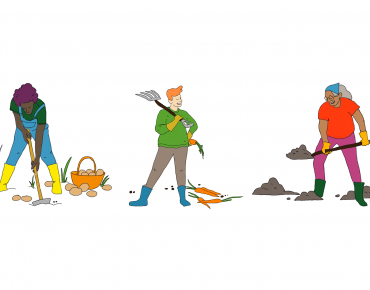