More than a restaurant using locally sourced ingredients, Howard’s retails produce and products from KC area growers and makers. But wait, there’s more. So much more.

Outside the small downtown eatery and grocery, a patio area includes a small raised bed and young fruit trees wait to be potted. A nearby gate opens to a gravel yard on which large raised beds sit and a tiny green house glistens in the afternoon sun. Out of sight, an extensive rooftop garden in the works.

The person behind it all is half chef, half urban farmer and full local food advocate Craig Howard.

“I’ve been gardening and growing vegetables for about 15 years,” he said. “This is just an accumulation of my passion for gardening and cooking and putting it all under one roof.”

Although raised in a suburb, Howard was exposed to and educated in farms and food through extended family who were growers and hunters.  He has always loved cooking, learning from his parents who were both great in the kitchen. He loved reading cookbooks. For a brief moment he considered a future in law, but quickly redirected by going to culinary school.

His background includes stints working on organic farms in central California and years as a chef at local fine establishments Le Fou Frog and Room 39.

“Those are the places I wanted to work because they were working with local food, “ he said. “I’ve been lucky to have the jobs I wanted to have.”

In 2012, he opened Howard’s Organic Fare and Vegetable Patch, an organic grocery store/CSA, in downtown Kansas City. It closed in 2014, but, with some assistance from online fundraising, Howard was able to open in his current cafe and grocery in 2015.

The space was always meant to be more than just a grocery or cafe, though, a reflection of Howard’s own reverence and enthusiasm for the local food system. His commitment to local farms and food keeps him involved with Cultivate KC. Craig has shared his culinary talents with contributions at Cultivate KC Homegrown Happy Hours, Dig In! and 2018’s Urban Grown Farm Crawl.

“It’s just good for the local economy, and to know the people that are supplying your food,” he said. “It’s more fun to have relationships with the people growing it or producing it or cooking it. It makes it more special.” 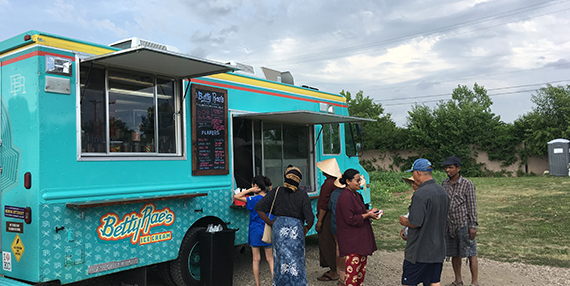 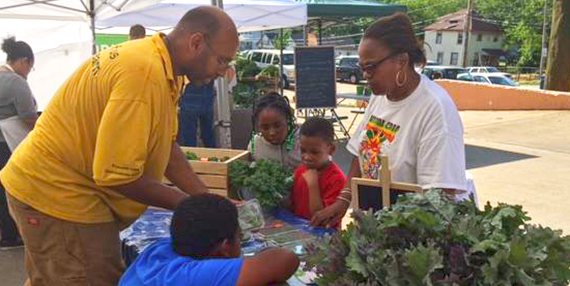