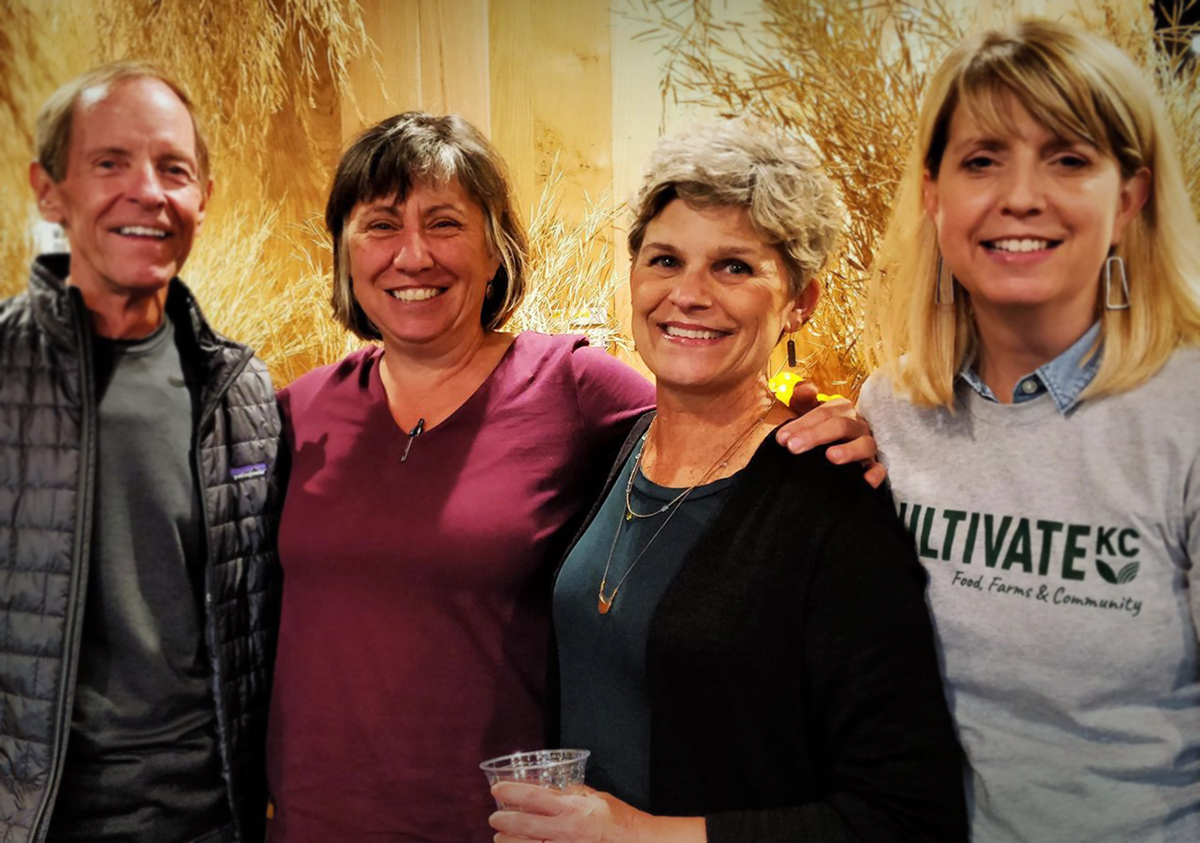 Robin Maiale has been involved with Cultivate KC since its early days.

There’s a long line of farmers in her family, and even though she didn’t grow up on a farm she remembers following her granddad around Rich Hill and Butler, Mo. and considers him one of the first urban farmers.

She recounts how she would go with him to vacant lots that he had taken upon himself to grow food on.

“If somebody bought the lot and built a house, he would walk around until he found another one,” she said. “Then we’d break it up and plant the next garden.”

Robin was raised around farmers, but as an analyst, she and her husband John sought to provide similar exposure to farming and food for their two sons, Adam and Max. That’s why she has long supported local farms and volunteered with Cultivate KC for nearly its whole existence.

“It’s important for me to know where food comes from, and I think people farming in the urban cores is one of the coolest things ever,” Robin said. “Just knowing that you can do this, and that it’s good for everybody.”

She says the kids “basically grew up at Gibbs Rd. Farm,” where she volunteered when Cultivate KC managed it along with a community greenhouse. From there, she helped organize events including the organization’s first Dig In! benefit dinner 15 years ago.

The farm-to-table event is a five-course meal prepared by a lineup of local chefs using ingredients grown only in the greater Kansas City metro area. The food is served family style and takes place at the City Market.

“It was such a fun party and the food was really good,” she said. “Most of the feedback I got was ‘Wow, I’ve never been to a fundraiser like this because I got real food. I didn’t sit down to rubber chicken.’”

Robin served a full board term, continues to serve on the development and Dig In! committees, and even puts in time on the farms when she can.

Robin received the first ever Quell-Davis award in 2013. The award recognizes outstanding volunteers who go above and beyond to support and enact the mission of Cultivate Kansas City. They are people who are dedicated to ongoing service and demonstrate a consistent generosity of spirit. Through their volunteering, they have become part of the DNA of Cultivate Kansas City.

“It has just been so fun and rewarding for me to see this grow and evolve into what it is now,” she said.

That’s why events like Dig In! and Cultivate KC’s Nutrition Incentive programs are important, she says. They are a way to celebrate local food, show investment and commitment to local farmers, and share the opportunity to do so with others.

Programs like the Senior Farmers Nutrition Program, she says, allows low-income seniors access to fresh healthy food and sense of community that everyone deserves and she has been fortunate to have had.

The program offers low-income seniors matching funds up to $60 to spend at farmers markets from May to October. Cultivate KC has helped manage this program for seniors in Kansas for years, but this summer is launching the pilot program in Missouri.

The most recent report from Feeding America’s “The State of Senior Hunger in America” found that 4.9 million seniors, or 7.7 percent of the senior population, were food insecure in 2016. The current number of seniors who are food insecure is more than double what it was in 2001.

“This program is important for seniors who are not often thought of as food insecure but who often lack access to fresh fruits and vegetables,” Robin said. “This gives them a way to have food that is diverse and nutritious on top of a social experience that you get by going to a farmers market.”

She says growing up around food growers has shaped her and her family’s relationship to food, and wants to extend that knowledge and access to all.

“I am lucky, absolutely,” she said. “And I want others to feel as fortunate as I do to have had these great experiences with food and farmers and Cultivate (KC).” 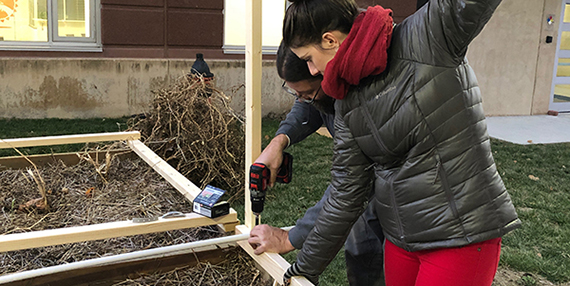