Westport Commons Farm brings all the biomass to the yard

The former playing field at Plexpod Westport Commons in midtown is blanketed with thriving cover crops, each selected for qualities they can contribute to enriching the compacted soil.

The KC Star recently wrote an article about the new farm project.

In May, the ground was literally broken to transform the densely packed dirt though plowing, tilling and discing as well as the spreading of compost from Missouri Organic Recycling. In June, seeds were sown.

Rain and water were a bit scarce at the start, but after a couple of good downpours that hit the midtown area, the field sprouted and was green enough to give tours during our June Homegrown Happy Hour, which brought in familiar friends and new neighbors alike.

Dan Krull, who selected the seeds and is maintaining the field, provided tours during the evening event, which was hosted at and catered by The Sundry. Shatto Milk Co. also provided samples alongside beer donated by Boulevard Brewing Co.

In July, Krull worked with volunteers in an additional round of seeding as well as laying down paths through the field. Raised beds in the courtyard also were filled and planted with pumpkin and squash. The first layer of soil was enriched with manure and straw and slow-starting tomatoes have been revived.

The cover crop are not intended for harvesting, but The Sundry will be using some of what is growing in their menu and offerings at their Plexpod location. 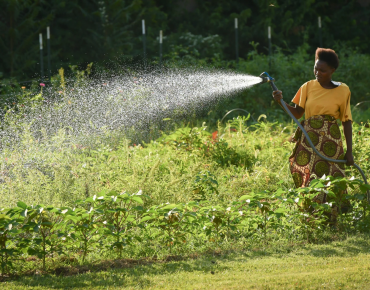 Midwest cities have plenty of vacant lots. So why can’t... 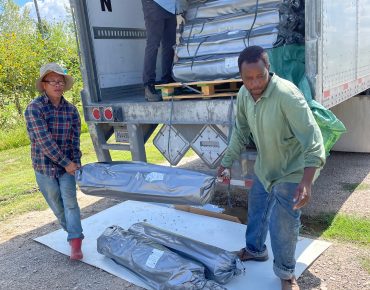